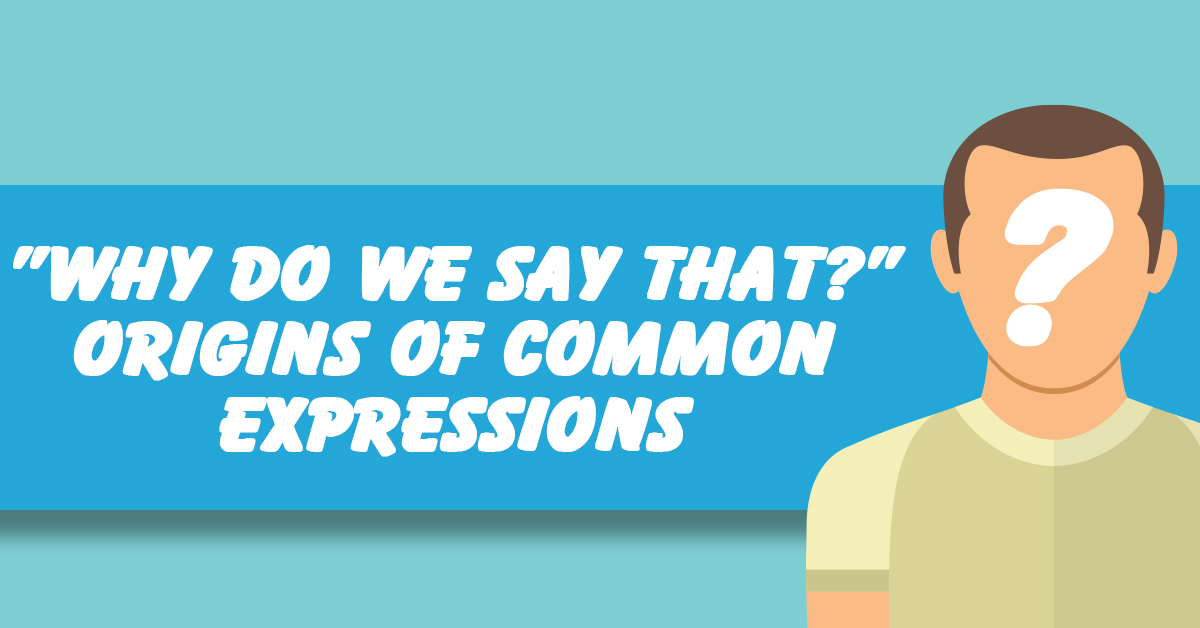 We’ve all used common expressions without knowing their origins. Some are steeped in history, others in mere legend. If you ever wondered “Why do people say that?” this article is for you. Here are some origins for some common expressions.

Giving Someone the Cold Shoulder

In medieval England, the way to let a guest know it was time to leave was by giving them a cold piece of meat from the shoulder of lamb, beef or pork. Providing a guest the “cold shoulder” was thought to be a polite way to say “It’s time for you to go.”

Let Your Hair Down

Most aristocratic women of medieval times kept their hair elegantly piled upon their heads. The only time it was acceptable to “Let their hair down” was when they were home among family. The term became to be associated with relaxing and being yourself.

Roll Up the Window

One of the newer common expressions is telling someone in a car to “roll up” or “roll down” a window. This comes from the old way in which car windows were propelled up and down through a rolling motion from a mechanical handle. Today, windows are moved up and down at the push of a button, and rarely rolled up and down. The expression, however, continues.

Living “High on the Hog”

This originates from the belief that crocodiles tear up even when eating their prey. Thus the phrase “crocodile tears” means an insincere form of sorrow.

It can take generations to grow away from old expressions. Their meaning may be obscured by new technology or other advances, but It still can be interesting to look back to discover why we say the things we do.